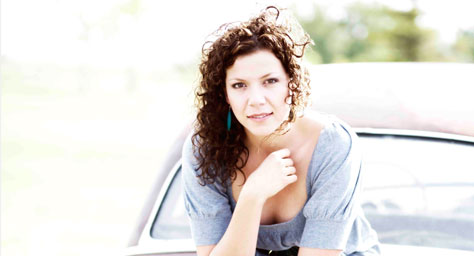 Fransaskois artist Alexis Normand is an accomplished singer-songwriter whose music features a mélange of jazz, folk, and Latin influences. Since graduating from l’École nationale de la chanson de Granby, she’s pursued her music career with performances across the country.

Winner of Radio-Canada’s Muziklips contest in 2009 and with a highly-acclaimed debut album garnering attention from fans and critics, Alexis is poised to be the next hot francophone star to emerge from the Prairies.

Think of a more contemporary Edith Piaf if she had appeared on a Sergio Mendez record: sad, sweet songs crossed with jazz that borders on bossa nova.