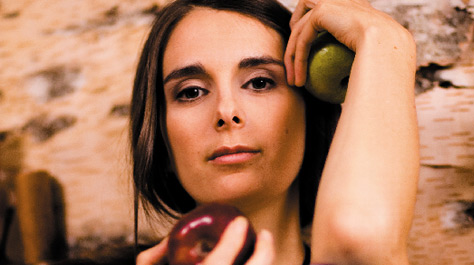 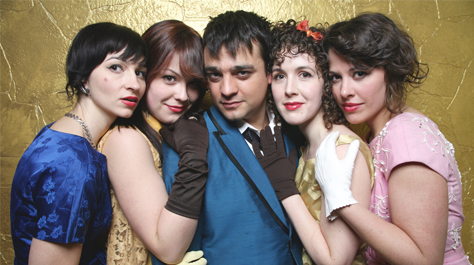 The music of the hugely talented ladies (and one man) of Chic Gamine is based on vocal textures and tight harmonies, in a unique musical genre, that blends vocals, percussion, sparse instrumentation, cute dresses, boots and unpredictable bouts of humour. Add an amazing soul/pop/folk groove and quirky, original songwriting that draws on a rich musical heritage of gospel, soul, R&B, 50s doo-wop, Brazilian forro, and French chansons, and you come close to describing the music phenomenon that has been tearing up the folk and French music scene since the quintet came together in 2007.

Saskatchewan’s Anique Granger is an immensely talented young singer-songwriter making her mark on the francophone music scene in Canada. Her accomplished guitar technique, unique finger-picking and silken voice made her 2008 debut solo album Pépins a stand out. Fresh from the recording studio, and on tour promoting songs from her new CD, Anique Granger is a refreshingly original creative voice.

Introducing this concert will be Adam Saikaley, host of Bandwidth Saturdays from 5 to 6 p.m. on CBC RBC Radio One 91.5 FM . www.cbc.ca/bandwidth

Chic Gamine is the new black. They are so strong individually, that seeing them together left me completely flabbergasted? They are a musical tempest. Bravo!