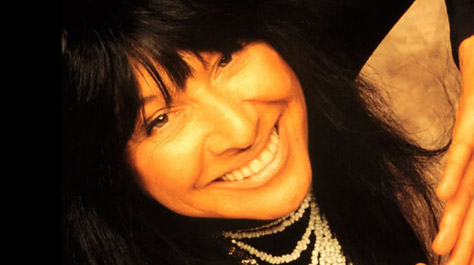 Buffy Sainte-Marie is a Canadian icon – it’s as simple as that. From her earliest days in the tumultuous sixties, to having her award-winning songs recorded by musical legends such as Elvis Presley, Barbra Streisand, and Cher, to her five-year stint on Sesame Street, and a recording career that dwarfs the accomplishments of most of her contemporaries, Buffy Sainte-Marie has been and continues to be a music-maker with a unique and irresistible voice.

Now, and with an almost legendary creative energy, Buffy Sainte-Marie is on tour across North America and Europe with her high-octane band, including guitarist Jesse Green, drummer Mike Bruyere, and bassist Donny Ducharme, and she’s blazing a trail with a stage show that blends great music, both new and revisited, staggering showmanship, and a hard-hitting rock and roll vibe that takes you up where you most definitely belong!

Romi Mayes is a straight shooter with heart-on-your-sleeve lyrics and some seriously edgy guitar playing. She writes about sex, drugs, love, and the road. Her latest release Achin In Yer Bones was nominated for a 2010 JUNO award for Album of The Year and won 2009 Western Canadian Music Award for Songwriter and Album of The Year.

One of the most successful and versatile songwriters of the last half-century.

When she plays primitive mouth-bow and sings Cripple Creek she sounds like a 100% folkie artiste. But then she turns right around and belts out a smokey, self-composed jazz tune with all the gutty emotion of a Billie Holiday. The concert continues and she will whisper a little love song… superb.